Deb Sofield is a dynamic Keynote Speaker, Author of the book, Speak without Fear Rock Star Presentation Skills to get People to Hear What You Say, Radio Talk Show Host on the Salem Network and President of her own Executive Speech Coaching Co., which trains women and men for success in speaking, presentation skills, media and message development in the U.S. and abroad.

Recognized for her work for improving the lives of others and her contribution to the state of South Carolina, the southern region, and the nation, Sofield was honored by Leadership South Carolina with Legacy of Leadership Award. Considered one of South Carolinas most formidable women, the Southeastern Institute for Women in Politics awarded Deb Sofield the Leading Women Award. Sofield was also awarded the Order of the Palmetto – the State of South Carolina’s highest honor. She was named “Communicator of the Year” by the Association for Women in Communications and won the prestigious Toastmasters District 58 Communication and Leadership Award for the state of South Carolina. She was also awarded the Strom Thurmond Excellence in Public Service honor and was chosen as the ATHENA Award recipient by the Greenville Chamber of Commerce for her work. Deb Sofield is a Liberty Fellow – affiliated with the Aspen Institute Global Leadership Network, a worldwide community of successful, high-integrity entrepreneurial leaders. Sofield is also a member of the National Speakers Association.

Deb Sofield is a visiting professor, teaching public speaking at Harvard University, John F. Kennedy School of Government – Women and Public Policy Program, and she is a long-time trainer for The Campaign School at Yale University (where she is Past President of the Board). Sofield has worked nationwide with State Government groups and Internationally with the International Republican Institute. She served on the board for the Women’s Democracy Network of Washington, DC and as a mentor and trainer for The Center for Liberty in the Middle East. Sofield teaches Communications and Media Training for Civil Society around the world.

Through many years of speaking on the national circuit, I have found that for most of us it’s not what we say but what our audience, friends, and family hear. Because of that simple fact you need to re-craft your message to break through the noise.

When I am not on the road speaking at conferences and conventions – I spend my time helping others find their voice and learn to use it by being a private executive speech and presentations coach.

I have the good fortune to travel around the world and across America training executives and elected officials to become effective, powerful communicators with a polished message for success in every medium. As a former advertising agency owner, I help blend the visual and verbal messaging that wins at every level. I have helped thousands of people enhance their natural abilities for influence, leadership and diplomacy, to become capable and motivated speakers who can (with practice) deliver a message with lasting impact. If you want to change your life I’d like to be your coach, find me at the contact Deb section of my site.

Where in the World is Deb? 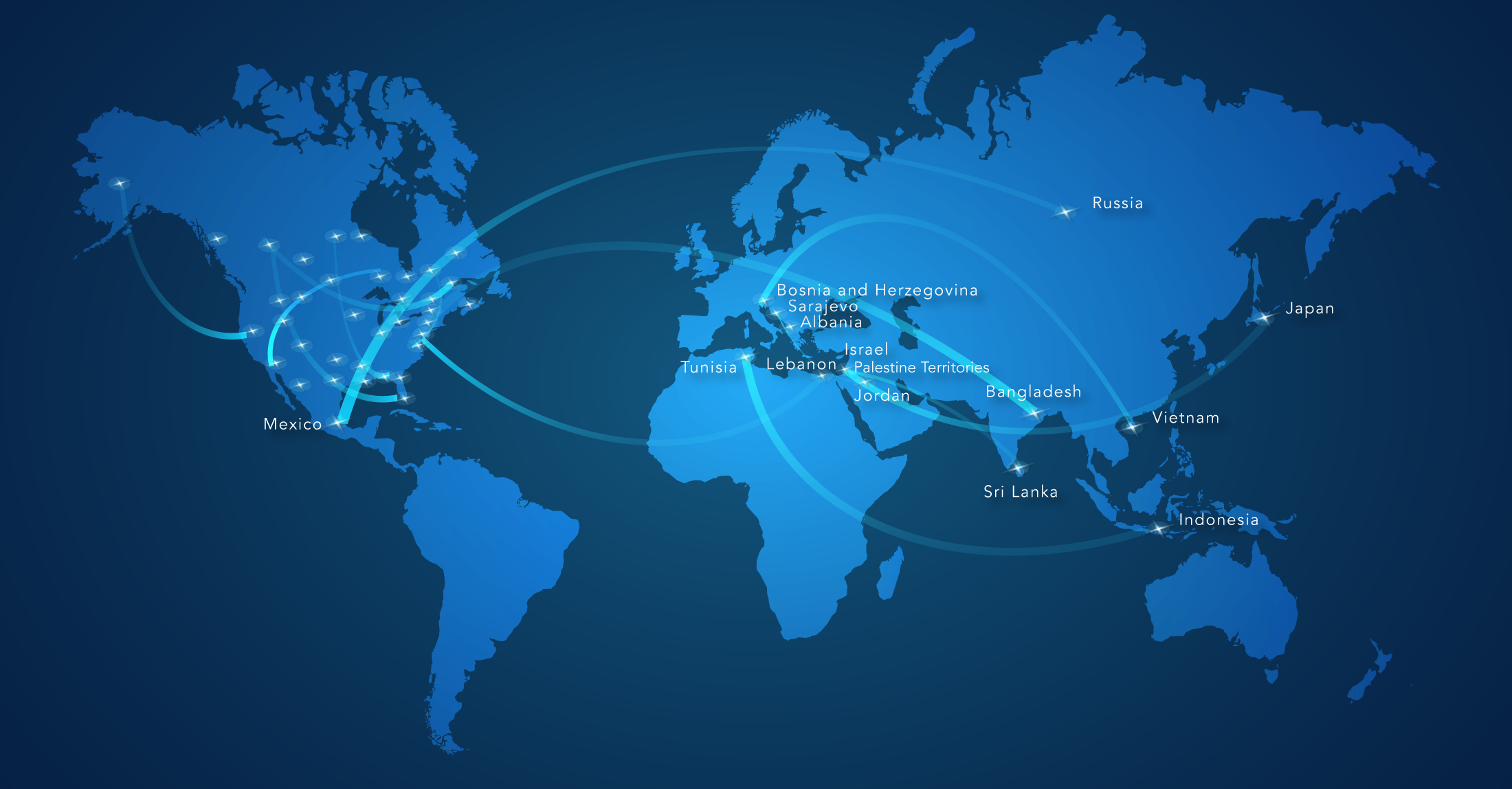